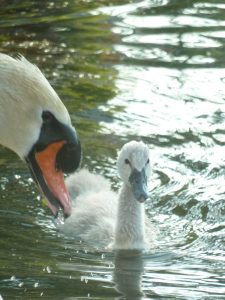 Venture capital is very important for entrepreneurship and to enable the development in uncertain technologies and business models that take a long time to become profitable. Other funding sources could not take up the risk that VC Funds take, and therefore our businesses and technologies would look very different today if we didn’t have venture capital.

The availability of risk capital has progressively changed funding trends: startups can raise large amounts of cash outside of public markets, which has led to fewer and later IPOs for startups, as well as the availability of funding with little oversights. The profit break-even of the company has been gradually postponed, with many late stage startups being acquired or getting listed on the stock exchange before profitability has been achieved (or sometimes without a clear path to profitability). The focus has shifted towards building intellectual property such as users and technology, and size is considered more important than profitability, which pushes up the exit value of the company.

In the end, investors only earn a return on investment from an exit, and therefore the aim has been on maximising this value, especially when a lack of profitability has not led to a measurable decrease in exit values. In the cases of disruptive companies, not only has the focus not been on profitability, but also revenue has in some instances been left as an after-thought: an effective revenue model that can be sustained in the long-term is sometimes developed years after market entry, while growth and critical mass are being achieved by offering free or highly discounted services: this is made possible by large amounts of funding, which fuel the company’s expansion for years.

These trends are a consequence of the typical return profile of venture capital funds, so the focus naturally shifted towards a high exit, fast growth and new technologies: these factors have also been hyped by the media, which made it seem like these were the only achievements that a startup was supposed to aim at. In turn, the attention to these aspects probably made companies more acquisitive for new technologies and users, in order to keep their market presence and relevance in the marketplace.

There are a few downsides for these types of investment:

If we step outside the world of venture capital and exits, how do these trends in turn influence the business environment?

When you have too much capital chasing few deals, some companies tend to raise more than they need, or they end up pushing for growth when this is not the ideal strategy for their business. Since everyone is after a unicorn, many founders tend to hype their projections, which ends up setting wrong or unrealistic goals.

Value to the economy is ultimately brought on by profit, as it is an indication that the public is willing to pay for a product more than it costs to produce it, in a very simplistic way. While entering the market with low prices to achieve market penetration and power is a common strategy, for many startups this continues many years into the life of the company. The hope is to add new revenue streams once the company is successful, which some manage to do and some don’t. However, reporting large losses for a company means, when this is not just due to expansion, that the revenue model is unsustainable. Unsustainable pricing also means that other companies cannot compete, unless they can also offset the resulting losses through institutional funding, which also means that innovation can become stifled by the low prices that some startups charge for their products. At some point we should ask ourselves whether a new business model is truly disruptive or just destructive. Venture capital has therefore come to define how companies compete, the nature of competition and growth and who can compete in certain sectors.

Considering that hypes come and go very fast and are not always lead by consumer demands, and they are more likely to be predictions of future trends by industry leaders and investors, trends in VC funding may very well determine which companies end up being competitive on the market much more than consumer choices do.

What can the solution be to create more value in the marketplace?