As a valuation professional, explaining what value is and how you get to it, is sometimes a challenge. There are so many transactions in the market, especially at the early stages, that concepts have to be simplified to be able to negotiate quickly and effectively. The valuation then becomes a value that you agree on that is closely linked to the future fundraising or exit process: sometimes, as a startup, you just try to avoid a downround, or as an investor, you avoid taking too many shares in order to facilitate future transactions.

Valuation of seed stage startups, especially, are typically valued according to this concept, and are especially valued higher in active VC markets where liquidity is higher and where investors, in some cases, are more experienced about valuation trends. However, that’s not necessarily the value that you created as a founder, it mostly depends on your future potential: if you don’t have a ready product and your startup has been valued at $2 million, it’s highly unlikely that someone will acquire your company then for $2 million, but you may be able to give away 10-15% of shares for $250,000. That’s because the investor probably has the knowledge and experience to monetise the investment through a startup investment portfolio, and by pushing for an exit. An acquiror might not be able to manage or monetise a seed-stage investment: at that point in time, the value of what you created so far is likely close to $0. As you can see, your value depends on your potential, and your potential is also influenced by your financing roadmap and the shareholders’ involvement.  There are many scenarios where you can make this argument, which leads to investors overpaying or underpaying for an investment. As an investor, whether you want it or not, you are part of the story.

For example, when valuing startup holdings in an investor portfolio, I notice that different investors have different rights attached to the shares, and some may have more influence thanks to a board seat. When valuing a startup, you typically take into account the scenario of an upcoming fundraising. So let’s say that the startup is likely to reach a post-money valuation of $ 10 million during the new transaction. As an existing investor, let’s say that you have 10% of that company in your portfolio: it’s unlikely that your holding is valued at $ 1 million. The International Private Equity and Venture Capital Association indicates that a startup holding should ideally be valued at the Price of Recent Investment, but in many circumstances you can adjust this method or use different methods, and in many cases these circumstances are present. First, your shares will be diluted at the next round, possibly through multiple fundraising rounds, and if the new investors have additional rights, for example they may be a corporate that may dilute the value by absorbing the company know-how, they may have different preference rights, and so on. The value of the holding may even be higher if the new investor got a cheap deal and there is a likely exit event in sight. What really matters is how much you will get in an exit or other liquidity event out of your holding, when, and what’s the current risk attached to it. Knowing the exact value now for an illiquid investment may only be needed for your accounts, but there are many situations where a different value than the market value should be considered. 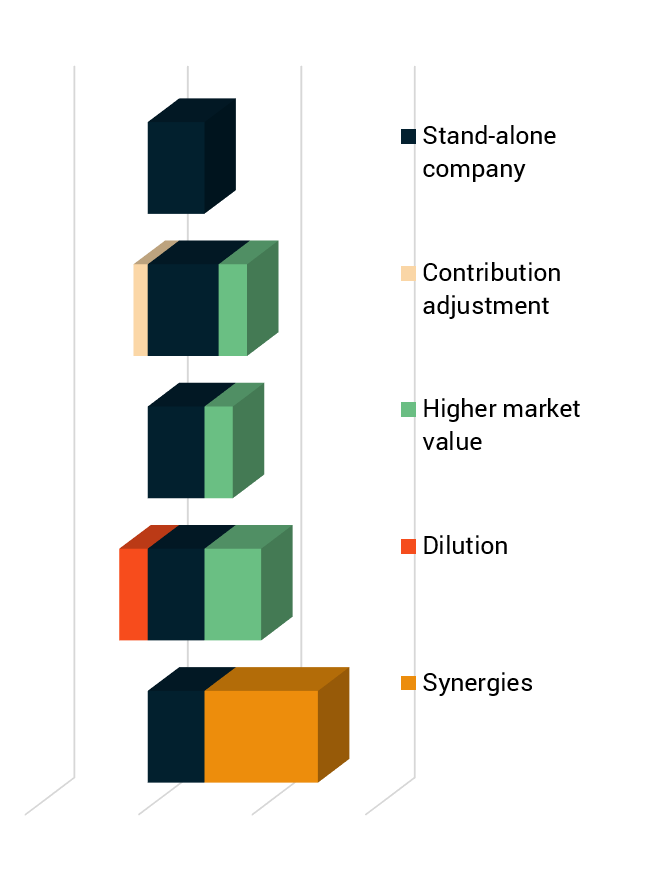 We take the example of an entrepreneur who wants to know the value of their assets, let’s say for tax reasons, without any intention of selling the business or looking for financing. This will be the value of their stand-alone company and depends on the asset value they have built up so far and the expected future profits. It will likely be lower than in an exit situation.

Another example where different value assumptions must be used. You expect your startup to be valued at $ 5 million at the next fundraising, but your co-founder wants to leave now and want you to buy out the shares he or she owns. In the event that nothing is mentioned in the shareholders’ agreement and no specific local valuation standards apply in this situation, you can make the assumption that by leaving, the founder is destroying part of the company’s value, and that a fair value, liquidation value or net asset value may be more relevant here than your expected market value at the next fundraising.

As already mentioned, different rights and involvement of shareholders may lead to different values, but of course when you have multiple investors participating in the same round, you will just have one official value. When you’re looking for a single angel investor, you may accept a lower valuation from an investor who will actively contribute to the company’s strategy and network without additional monetary compensation. In many cases, aiming for an exit will be part of the deal.

Known startup valuations during VC rounds don’t tell the whole story. When taking into account the investor rights and the different liquidity preferences, the actual valuations may be lower, and at the same time they may be pushed up in value the more likely an exit will become, to the point of having similar multiples to exit valuations.

During an acquisition, your company value can easily be 2-3x your stand-alone company value, thanks to the synergies and the control that an acquiror can exercise on your company, in many cases using the know-how company-wide, multiplying customer channels or reaching market leadership. The reasons are many, and it will depend on how the strategic investor will monetise the acquisition, depending on their specific features as well as the consequences of a transaction, or on how a financial investor will restructure and increase the value of the company to resell it later.

IPOs, again, can be different story. On the one side, the initial listing values tend to be pushed up by interested parties, and on the other side the IPO itself is part of the company’s branding strategy and brings benefits, on top of other commitments of course. Does that mean that there are no synergies that increase the value? Yes there are, just like you have synergies during late stage funding rounds. The company stays independent, but the synergies are those created with acquired companies, as the new funds are often used for this purpose as well. The startup floating on the exchange then becomes a vehicle for future acquisitions.